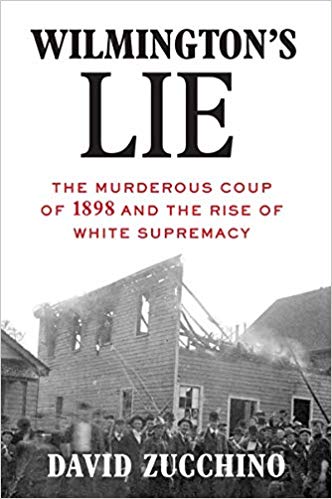 Author David Zucchino will speak about his new book WILMINGTON'S LIE: THE MURDEROUS COUP OF 1898 AND THE RISE OF WHITE SUPREMACY at New Hanover County’s Main Public Library.

The program is free and you do not need reservations to attend. Books will be available for purchase and autographing.

David Zucchino is a contributing writer for The New York Times. He was awarded a Pulitzer Prize in 1989 for his reporting from South Africa. He’s a four-time Pulitzer Prize finalist for coverage of Lebanon, Africa, inner-city Philadelphia and Iraq. He has reported from more than three dozen countries, most recently from Iraq. Mr. Zucchino is the author of the books THUNDER RUN: THE ARMORED STRIKE TO CAPTURE BAGHDAD (2004) and MYTH OF THE WELFARE QUEEN (1997).

Browse/Search for more events
No Geolocation available for event.